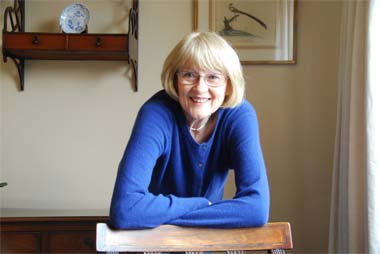 [/frame]HELEN Brandom is a former primary school teacher who has written for the stage as well as TV and radio. Her TV commissions include series episodes for Granada Television, Carlton TV and the BBC.  In addition to an original Woman’s Hour serial, her work for Radio 4 includes afternoon plays. Helen’s debut novel, Writing in the Sand was published by Usborne Publishing in 2014. Helen is currently working on a new YA historical novel set in London during the 1940s.
[frame] 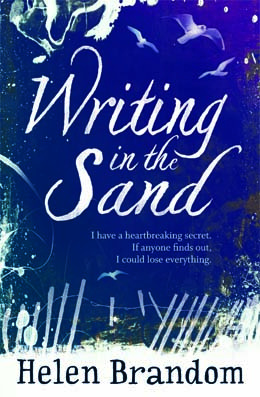 [/frame]Writing in the Sand
Sixteen-year-old Amy is used to keeping secrets – about her mum’s illness, her irresponsible sister and her ex-boyfriend. Amy is her mum’s sole carer and every day is filled with tiny battles to achieve the simplest things, from cooking a meal, to keeping the house clean, especially when social services decide to visit. But no matter how difficult stuff gets, Amy doesn’t want anything to change, until a shocking discovery turns everything upside-down. When a newborn baby is left on her best-friend’s doorstep, it becomes the talk of the town, and only Amy holds the key to the baby’s identity. Now she has two choices: tell the truth, or live a lie for ever.
Rights information:
UK Publisher: Usborne Publishing
Publication Date: April 2014
All other rights: Usborne Publishing except –
Film and TV rights: Lindsay Literary Agency