GILES Paley-Phillips grew up on the south coast and left school at 16 to join a band, the highlight of which was performing at Glastonbury festival. Giles turned to writing after becoming a father and is the author of nine picture books and his bestselling title The Fearsome Beastie won The People’s Book Prize and the Heart of Hawick Book Awards.
Giles has a huge online fanbase, with over 250,000 followers on Twitter and has made several TV appearances including Good Morning Britain and is a judge on ITV’s Share a Story. He co-hosts an interview podcast Blank which launched in 2018 https://theblankpodcast.com Giles still lives in Seaford, East Sussex with his wife, Michelle, and their two sons, Elijah and Sonny.

One Hundred and Fifty-two Days is a semi-autobiographical free verse novella published in Spring 2020 by Unbound. 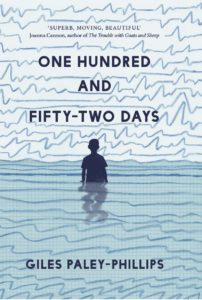